This work package is led by the University of Bergamo. The scale surveys of corruption within the EU member states show that not only corruption varies among nations, but that in some countries there are huge regional variations. Anthropological studies of corruption have revealed that in order to account for the high variations of this phenomenon in different socio-cultural contexts qualitative, ethnographic investigations are needed. This work package takes the challenge of detecting those socio-cultural variables that more significantly account for varying occurrences of corruption around the world.

Through comparative and ethnographic investigations it sheds light onto issues such as the existence of multiple moralities that may allow for the resilience of corrupt practices, the legitimacy processes at the core of political action, informal patterns of institutional arrangements, culturally defined value orientations and the historical contexts under which these orientations have developed. A second approach investigates legitimacy and trust in local government institutions, particularly in the health sector, in relation to conditions such as weakness of the state, widespread poverty, institutional unaccountability and generalised perception of the harms of corruption.

The methodological strength of anthropology is its emphasis on participant observation through fieldwork research. The ethnographers in this work package will undertake extensive fieldwork research in one selected location in each country, conducting interviews, observing and mapping patterns of interaction between local politicians, institutions and citizens, public participation in local politics, practices of gift exchange, informal economy, bribes, favours, as well as forms of social protest against corruption

The final objective of this work package is to produce, through fine-grained case studies, a number of qualitative socio-cultural indicators which can be used to complement and contrast quantitative, national and sub-national indicators for the analysis and prediction of patterns of corruption in different regional settings. 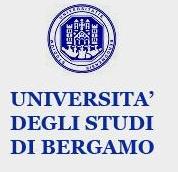 Recording from Athens, 9 May 2016, 14:10 – 15:30. Corruption has by now been recognised as a major policy problem across the world. Governments across the European continent, from Greece to Iceland, are trying to address the issue with different approaches. The recent publication of the Panama Papers again highlighted the varying success of these […]

The 66th Annual International Conference of the Political Studies Association (PSA) will be held 21-23 March 2016 in Brighton, United Kingdom.

Dr Roxana Bratu will give the last talk in the seminar series ‘Innovations in Corruption Studies in Europe and beyond’, titled ‘Narratives of evil: How do societies construct corruption?’. The series is presented jointly by the UCL ANTICORRP team, the SSEES Centre for European Politics, Security and Integration (CEPSI) and the Slavonic and East European Review (SEER). The series will […]

ANTICORRP was a large-scale research project funded by the European Commission’s Seventh Framework Programme. The project started in March 2012 and ended February 2017. The full name is Anticorruption Policies Revisited: Global Trends and European Responses to the Challenge of Corruption.
Its central objective was to investigate factors that promote or hinder the development of effective anti-corruption policies.

The project consisted of 20 research groups in 15 EU countries. It was interdisciplinary in nature, and brought together researchers from anthropology, criminology, economics, gender studies, history, law, political science, public policy and public administration.
The project was organised into four thematic pillars, which include 11 substantive work packages.

What factors promote or hinder the development of effective anticorruption policies and impartial government institutions? The ANTICORRP project and the Quality of Government (QoG) invited policy-makers, civil society representatives and academics to a conference in Brussels trying to surmise the final results of the ANTICORRP project. The conference counted among its speakers some of the […]

“Things are moving, things are changing – but they aren’t changing in big steps, they are changing in millimetres” This was one of the conclusions put forward by Drago Kos, Chair of the OECD Working Group on Bribery and member of the ANTICORRP Advisory Board. He took part in a roundtable of anti-corruption experts that […]

Recording from Athens, 9 May 2016, 14:10 – 15:30 (EET). Corruption has by now been recognised as a major policy problem across the world. Governments across the European continent, from Greece to Iceland, are trying to address the issue with different approaches. The recent publication of the Panama Papers again highlighted the varying success of these […]

Picture the following scenario: A top Russian manager advocates for equal opportunities and, when hiring new employees, insists upon relying only on their professional competences. In this way, he has given chances to a formerly drug-addicted young man and a young woman with dwarfism. The same manager does not extend the same opportunities to homosexual […]

This deliverable presents all ANTICORRP policy reports that were published throughout the five year project period. While the individual reports can also be found on this website, this deliverable exemplifies the diversity and breadth of the ANTICORRP project and its efforts to compile policy relevant research. Contributing authors are: Acar, M., A. Bozzini, R. Bratu, […]

Despite the growth in literature on political corruption, contributions from field research are still exiguous. This book provides a timely and much needed addition to current research, bridging the gap and providing an innovative approach to the study of corruption and integrity in public administration.

This deliverable develops a novel approach to the study of corruption in public administrations by focusing on the analysis of ethnographic field data. Corruption is a complex topic which can be best tackled through an interdisciplinary perspective. In spite of the sophisticated theorizations and empirical (mostly quantitative) analyses, so far few attempts have been taken to […]

This volume reunites the fieldwork of 2014-2015 in the ANTICORRP project. It is entirely based on objective indicators and offers both quantitative and qualitative assessments of the linkage between political corruption and organised crime using statistics on spending, procurement contract data and judicial data. The methodology used in the analysis of particularism of public resource distribution is applicable to […]