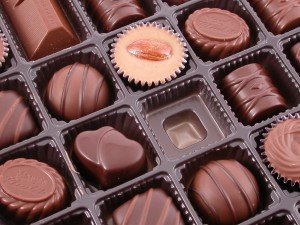 Picture the following scenario: A top Russian manager advocates for equal opportunities and, when hiring new employees, insists upon relying only on their professional competences. In this way, he has given chances to a formerly drug-addicted young man and a young woman with dwarfism. The same manager does not extend the same opportunities to homosexual job seekers, however. A high-ranking state official criticizes his son’s professors at a Russian public university for asking him to purchase some sports equipment for the university gym in exchange for a grade for sports lessons his son had missed. The same state official, however, welcomes a full renovation of his office paid for by a company, calling it ‘a nice gesture’[1] between ‘very good friends’. He might consider granting this company some small favors that are within his power.

Why does this happen? Why do people have double standards? Alena Ledeneva calls it ambivalence – or ‘doublethink’, after George Orwell’s novel ‘1984’ – and traces it back to Soviet ideology. In the Soviet era, people easily switched from what was permissible for Jove (= Party leaders) and what was not permissible for an ox (= ordinary Russian citizens), from what was sanctioned in society and what was welcomed between close friends. This ambivalence is one of the major findings in the survey conducted in the context of WP4, ‘The Ethnographic Study of Corruption Practices’ (ANTICORRP), in several regions in Russia. The results showed that there might be many in-between options: institutions might be bad and good at the same time and gifts might be both helpful and unhelpful.

As Davide Torsello argues, one of the most appreciated gifts in many East European countries is a “premium chocolate box” – with or without some hidden cash. This also happens in Russia. Many patients believe that small gifts might be helpful in order to obtain good medical treatment. Many Russians consider this to be the norm, ‘a sign of gratitude’ for their doctor’s patience. Small gifts can ‘compensate for low salaries’, especially the salaries of doctors working for public health institutions, according to a majority of the respondents.

What actually happens with a “premium chocolate box”? One interviewed doctor explained that he usually shares the sweets with his team at their daily tea break. Sometimes he even insists that any banknotes should be given to one of his nurses, a single mother, ‘who does not have even enough money for firewood’. In any case, most of the “premium chocolate boxes” are worked off fairly. One respondent recalled: ‘My daughter was hospitalized with a serious diagnosis. We paid 30,000 RUB [~750 EUR] to a department head, and he personally visited my daughter every day, bought and acquired medicines for her, accompanied her to her examinations. Others were not treated like that’. The last point is crucial: ‘And if you have nothing to pay with?’ What if patients cannot afford to buy a “premium chocolate box”?

In analyzing another sector – the Russian education sector – Efim Galitskii and Mark Levin found a similar environment: Many of the parents who are not involved in informal payment schemes on behalf of their children either cannot afford it (= cannot buy a “premium chocolate box”) and/or do not know how to do it (= how to ‘create’ and give a “premium chocolate box”).

The next phase of research will examine this phenomenon of ambivalence in different sectors and its systematization, following the work started recently by Alena Ledeneva. What is a “premium chocolate box”? What can it help achieve, and in what situations is it effective? How can the practice be justified by givers, receivers and outsiders? Receiving a gift of chocolates from a Russian does not always have a hidden meaning or obligation, however. The survey showed that gifts are a significant part of the culture, while reciprocating received gifts is a less important custom for Russians.

Dr. Elena Denisova-Schmidt is currently a FP7 Visiting Fellow at the UCL School of Slavonic & East European Studies. Her work concerns corruption and informal practices in Russia and Ukraine, focusing on the educational sector and the business environment.

[1] Citations in the text refer to interviews conducted as part of a survey on corruption in Russia between July – November 2013 (N=115).