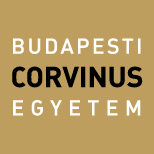 Corvinus University of Budapest (Budapesti Corvinus Egyetem, BCE) is a research university oriented towards education, where the scientific performance of the academic staff measures up to international standards and the students can obtain a competitive degree having a standard and knowledge content identical to similar-profile universities and acknowledged on the European Union’s labour market and on a global scale. The University admitting more than 14,000 students offers educational programmes in agricultural sciences, business administration, economics, and social sciences.

István János Tóth (Ph.D. Hungarian Academy of Sciences) is senior research fellow at the Institute of Economics of Hungarian Academy of Sciences and managing director of the Research Institute of Economy and Enterprise of the Hungarian Chamber of Commerce and Industry. He is cofounder of Corruption Research Center at Corvinus University of Budapest. His main research interests are the problems of hidden economy, tax evasion, corruption and problems of economic institutions and enterprise behavior. He has written widely on government failure and corruptions risks, tax evasion and government policies, and agent based modeling of tax evasion. He has co-authored the volume on Corruption Risks in the Business Sector. National Integrity System Country Study (Part Two) published by Transparency International Hungary (Budapest: 2008). He has participated in numerous international research projects sponsored by the Commission of the European Union, USAID, EBRD, and World Bank. One of his most recent publications is ― “Local Government Corruption in Hungary” (with Zoltán Szántó), in Local Economies and Global Competitiveness. Ed. by: Bruno Dallogo, Chiara Guglielmetti, Palgrave, Macmillan (forthcoming).

Mihály Fazekas is a postdoctoral research fellow at the University of Cambridge, Faculty of Politics, Psychology, Sociology and International Studies. He is the scientific coordinator of a new large-scale project, called DIGIWHIST, which gathers public procurement data and develops objective indicators on corruption, transparency and spending efficiency. Mihály holds a master degree in public policy from the Hertie School of Governance, Berlin; a master degree in economics from the Corvinus University of Budapest as well as an MA in teaching from the same institution. Due to his diverse professional and research background, Mihály has skills in quantitative and qualitative methods both in economics and comparative public policy. Prior to starting his PhD, he worked at RAND Europe, Cambridge, OECD; Directorate for Education, Paris; and Hungarian Academy of Sciences, Budapest. His current research activities at the Corruption Research Centre Budapest concentrates on corruption and quality of institutions across Europe using micro level public procurement data. This work promises to deliver objective measures of both concepts. His broader research interests lie at conceptualizing and measuring quality of institutions and the lack of thereof. Moreover, he is also interested in tools for transparency of policy making such as regulatory impact assessment.

Zoltán Szántó (Ph.D. Hungarian Academy of Sciences, Budapest) is Professor of economic sociology at Corvinus University of Budapest. He currently serves as the vice rector of the university, the director of the Institute of Sociology and Social Policy and cofounder of its Corruption Research Center. His main areas of interest are social theory and economic sociology. He has written books and articles on the problems of analytical social theory, such as rationality, micro-macro mechanisms, and interdisciplinarity. His empirical studies of privatization, local labor market, economic organization, financial culture, corruption and tax evasion have often focused on social capital, networks, trust and culture. His recent publications include ― The social and institutional structure of corruption, In: Vedres B, Scotti M (eds.) Networks in social policy problems. Cambridge: Cambridge University Press, 2012. pp. 156-176 (co-authored by István János Tóth and Szabolcs Varga) and ― Local government corruption in Hungary, In: Dallago B, Guglielmetti C (eds.) Local economies and global competitiveness. Basingstoke: Palgrave MacMillan, 2011. pp. 134-153 (co-authored by István János Tóth and Tünde Cserpes). He has co-authored the volume on Corruption Risks in the Business Sector. National Integrity System Country Study (Part Two) published by Transparency International Hungary (Budapest: 2008). He is presently exploring the social and institutional embeddedness of typical corruption cases and the changes in the financial culture in Hungary. He is the member of the Academic Committee of the Erasmus Mundus Joint European Master in Comparative Local Development (coordinated by Corvinus University of Budapest).