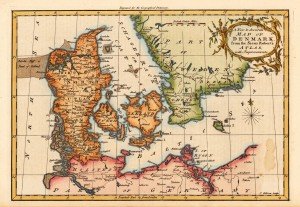 Amongst social scientists ‘Getting to Denmark’ has lately become a metaphor for the question of how to transform weak and heavily corrupt states in developing countries into well-functioning societies such as Denmark and the rest of the Scandinavian countries. As Francis Fukuyama has coined it: ‘For people in developing countries, “Denmark” is a mythical place that is known to have good political and economic institutions: it is stable, democratic, peaceful, prosperous, inclusive, and has extremely low levels of political corruption. Everyone would like to figure out how to transform Somalia, Haiti, Nigeria, Iraq or Afghanistan into “Denmark”’ (Fukuyama 2011, Pritchett and Woolcock 2008).

In the latest research on anti-corruption, ‘getting to Denmark’ has also become the synonym for the question of how the comprehensive and persistent problem of corruption can be fought effectively.  Here the focus is on the historical paths that have been followed to control corruption in the states known to be the least corrupt in the world at present – countries such as Denmark and Sweden (Teorell & Rothstein 2012; Mungiu-Pippidi 2013, Johnston 2013). But what is the story behind this apparent success with state administration in the case of Denmark? What type of rule, state building, administrative- and legal history have laid the grounds for this country’s present position as a best performer in terms of high quality of government defined as low corruption, high governmental efficiency and the prevalence of rule of law?

The historical study points to a number of anticorruption mechanisms and practices introduced in the state of Denmark after 1660. These were elements such as establishing rule of law and a strong focus on creating civil servants loyal to the king and state. These conditions were established gradually as part of the Danish process of state building after the introduction of absolutism in 1660 where the king was acclaimed as hereditary sovereign. Initially these conditions were developed primarily to consolidate the supremacy and power of the absolute monarchy. For this to be possible the successive absolute kings needed loyal civil servants to exercise their will as both head of the state and the Lutheran state church. A conscious attempt by the country’s rulers came to create a reliable and devoted administration that gradually transformed the Danish administration towards the Weberian ideals of the bureaucracy and to a large extent, minimized the use of bribery in the administration during the 18th century. By the middle of the 19th century the combination of the Weberian model of bureaucracy, a number of legal reforms that changed the civil servants’ working conditions and the strong will of the Danish rule to ensure maladministration was minimized, proved effective in curbing the level of corruption in the state administration. This established a low base level for both bureaucratic- and political corruption in Denmark, which has on the whole been maintained since the middle of the 19th century.

After the introduction of absolutism the king’s government reorganized itself and its administration in a highly hierarchical manner centered on the monarch and based on the rule of law. In an attempt by the Danish kings to consolidate the new absolute supremacy, an essential tool was to deprive the nobility of its former political power. In the years after 1660, the distinctions of rank were minimized and all citizens were considered to be on a par under the absolute king. At the same time the monopoly of the aristocracy on land-owning and the higher offices in the king’s civil administration and in the military service was abolished. The first generations of monarchs after 1660 used their right to appoint actively, to change the corps of royal officials and establish an administration closely linked to the king in person. In the early years of absolute rule, receiving a royal office was still seen as an act of grace from the king to a person he wished to support. But during the regency of Frederik IV (1699 – 1730) the qualifications the royal servant needed to perform their duties came to be a prerequisite for receiving an office. These changes meant the Danish model of absolutism came to pave the way for both meritocracy in the recruitment of civil servants and also greater social equality. For the royal servants it was made very clear that the power they exercised was only a loan from the crown and they never came to own the office in person.

To occupy an office, the royal servant had to solemnly swear an oath of fidelity and loyalty to the king in person and hereby promise to perform his duties according to the king’s laws and guidelines. It was specified that the civil servant must be honest, hardworking, diligent, work for the best of the king at all times and secure the king’s fortune. Within a few years at the end of the 17th century, actions such as bribery, embezzlement and fraud were criminalized especially for civil servants, and a large number of more and more detailed instructions on how to perform the administration were given to them.

At the University of Copenhagen a university examination in law was established in 1736, and at the same time it was decided that no official in the future was to achieve the office of judge without a formal law degree. The establishment of the law school was intended to improve the officials’ skill and knowledge of Danish law. The legal graduates, mainly of bourgeois origin, gradually came to occupy the offices in the administration, thereby contributing to the professionalization of the civil service. Throughout the 18th century, jurists gradually took over the bureaucratic offices, starting in the central administration in Copenhagen and spreading slowly to most regional and local higher public offices. Around the beginning of the 19th century, recruitment to the royal nominations in the administration was fundamentally meritocratic, and had improved the conditions for building a state governed by the rule of law.

The formally pure absolute rule of Denmark was exercised under various forms during the centuries but proved remarkably durable and lasted until the introduction of a liberal constitution in 1848 – 1849. During the beginning of the 19th century a new set of reforms were introduced, bringing the Danish administration closer to the rational working bureaucracy Weber came to describe in the beginning of the following century. Detailed control of the civil servants accounts were set up between 1803 and 1830, separation of private and public account was fulfilled by 1840, by the 1850’s salaries had been raised so civil servants in general had become a part of the well-to-do middleclass and pensions were guaranteed in the Danish constitution of 1849. In total, this set of legal and administrative reforms in combination with the will of the kings and their top advisors to condemn the misconducts of the civil servants probably made it more worthwhile to work according to the rules and receive a pension than to try to increase income by corrupt means. This contributed most likely to a new – and fairly non-corrupt – overall setting for the Danish administration, which was in place around the middle of the 1800’s. During several centuries the absolute rule of Denmark demonstrated a will and power to fight the corruption of the civil servants through a fairly consistent condemnation of the wrongdoings, both high and low in the bureaucratic hierarchy, which is most likely of great importance in fighting the disease of corruption in any state administration.

Dr. Mette Frisk Jensen is leader of the web-encyclopedia on Danish history “danmarkshistorien.dk” at Aarhus University and part of the ANTICORRP-research project.

Frisk Jensen, Mette (2014) ”The question of how Denmark got to be Denmark – establishing rule of law and fighting corruption in the state of Denmark 1660 – 1900, Working Paper Series 2014:06, The Quality of Government Institute, University of Gothenburg

Frisk Jensen, Mette (2013) “Korruption og embedsetik. Danske embedsmænds korruption i perioden 1800 til 1866” Ph.D.-dissertation, Aalborg University (Corruption and the Ethics of Public Office – corruption amongst Danish civil servants during the period 1800 to 1866”) Published by University Press of Southern Denmark in 2013

Fukuyama, Francis (2011) “The Origins of Political Order. From Prehuman Times to the French Revolution”. New York: Farrar, Straus and Giroux

Lind, Gunner (2012) “Beyond the Fiscal-Military Road to State Formation: Civil Society, Collective Identities and the State in the Old Danish Monarchy, 1500 – 1850”. Balto-Scandia, vol. 18.